Since I'm about to get underway for awhile, I took advantage of the very awesome (albeit windy) weather yesterday to head up to the Eastern Shore for some biking. I'd noticed on my transfer down that there's a new bike trail near the southern tip of the shore. Indeed, last year the US Fish and Wildlife Service built a 2.5 mile bike/hike trail from their Eastern Shore National Wildlife Refuge north along the old Cape Charles Railroad. It's the start of what some hope to be a longer path connecting to Cheriton, although the farmers along the route are not happy about it.

From the Wildlife Refuge Visitor Center (just off SR 600 near US 13), I followed the trail north to its end at Cedar Grove Dr (SR 645), then hopped over to Seaside Rd (SR 600) and up to Sunnyside Rd (SR 639) and over to the hamlet of Oyster, VA where I found a local beekeeper selling honey.

From Oyster, it was a straight shot back on Sunnyside Rd to the town of Cheriton. I only briefly brushed Cheriton before I moseyed my way back to Seaside Rd and back south to the Refuge and my car.

All in all, it was just under 28 miles with beautiful weather but a bit of wind, especially heading north.

Photos from the day are on my Flickr page.

Posted by Froggie at 5:53 PM No comments:

I've just finished my first week back in Norfolk. I was able to get out on the bike 5 out of the 7 days (technically 6 if you include spending Saturday in DC), and thus officially begin what I'm calling #BikeNorfolk. I'll be using that hashtag on Twitter to record my bike travels in the city. Hopefully others will pick up on it.

I will admit, after a 7 year hiatus, I was impressed with the level of bicycling I've seen so far, especially in and around the Navy Base, Ghent, and the Freemason District. And it's not just those biking for training/exercise. Many folks, including women (I'd guess 35% of the total) and families with children are hitting the bike for small, local trips. This is all the more impressive because Norfolk has an acute lack of bicycle infrastructure. Individual, isolated sections of bike lane exist here and there, but they're very scattered and there is no connectivity between them.

There's also a small, but obviously growing, number of sailors who are using bikes to get around the Norfolk Navy Base. I was down by one of the ship piers yesterday and the one bike rack next to the pier gate was absolutely overflowing with bicycles (a few were "double-parked"). The lack of available rack space led several to lock their bikes up to a fence across the street.

Early on, I timed some of my trips to see how long it'd take me to get to various locations nearby. A sampling of those:

With where I'm at and the relative proximity to many shops, it's often quicker to bike than to drive and attempt to park. While my complex has its own parking garage (only shared with the YMCA next door), it takes approximately 5 minutes for me to walk across the street, get up to my car (residents have to park on the upper floors...the lower floors are reserved for the YMCA), and drive down and out of the garage. Conversely, I can be out on the street with my bike in less than 30 seconds. That's a 4+ minute advantage to the bike over the car.

Unfortunately, I have not been able to bike commute yet. I made the attempt yesterday, only to realize that I can't fit what I need to bring into my backpack. I'll either have to pre-stage a uniform at the office, or acquire some panners and/or a trunk bag to go on the back rack. The plan is to do so once I'm back from a short sea trip next month.

With Norfolk's Harborfest/OpSail 2012 celebration that went on this past weekend, it was the perfect opportunity for a short bike trip around the waterside. You never know what you'll come across, whether it be other bikes... 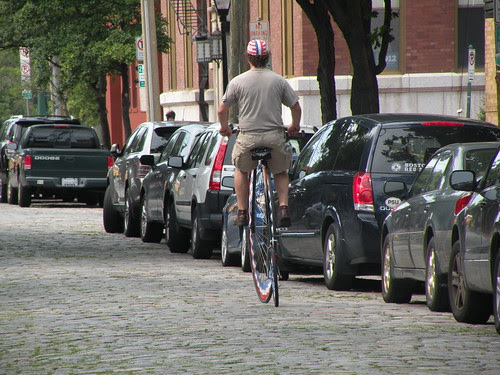 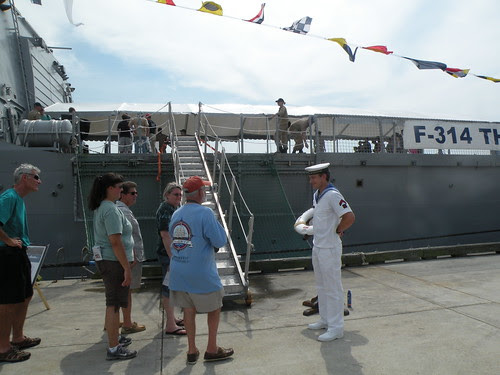 Or even other ships. 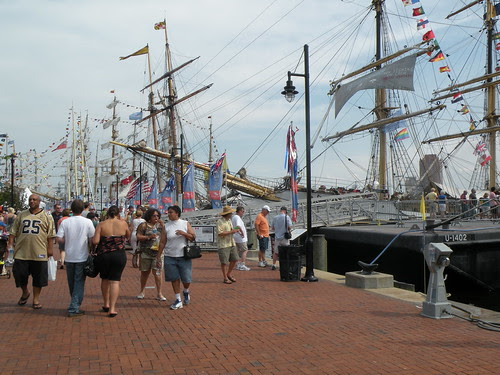 The "new" Age of Sail

Sometimes you meet other people... 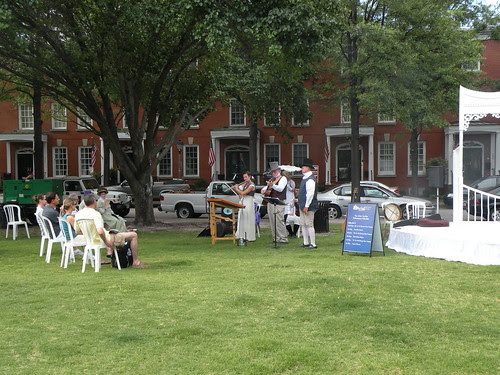 Musicians on the Green

And sometimes you just want to sit and play. 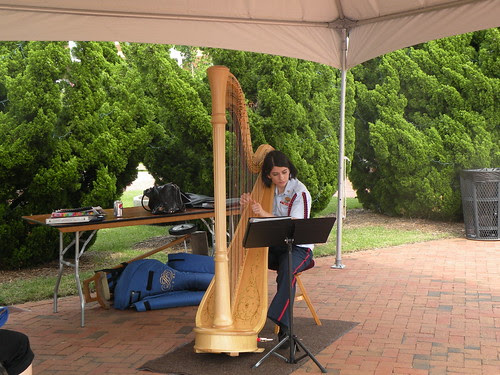 Lastly, does anyone know what an all-red bike signifies? 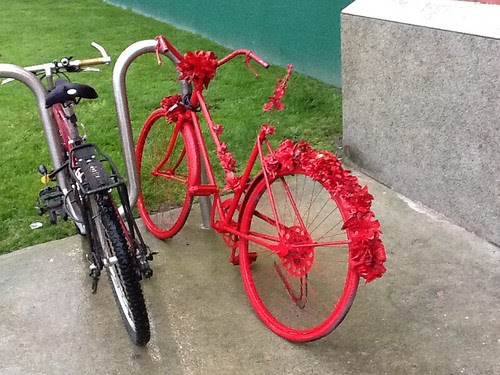 A new name, a new place

My long-awaited move to Norfolk has finally come and gone. I packed up what was left of my stuff in the car last week and bid adieu to Huntington and the DC area. 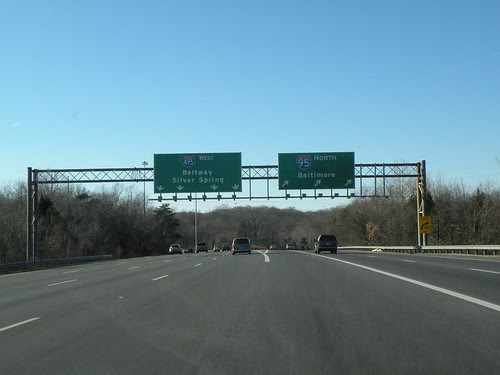 And so "Just Down The Parkway" has become "Just Down The Bay", where I'll continue to chronicle transportation and my bicycling adventures from Norfolk. Speaking of Norfolk, I found a place where The Tide LRT is literally right outside my window: 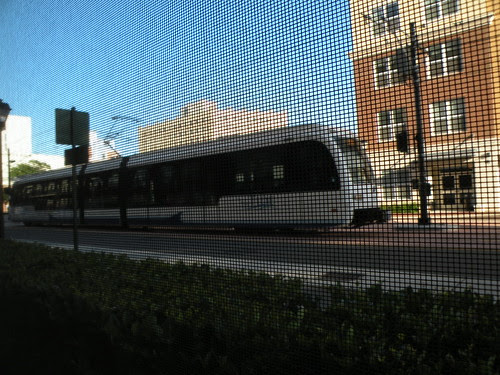 Posted by Froggie at 5:02 AM No comments: