More Tales From The Sand

The ship is coming to collect me today, so this may be it until the next port visit. It's been a fascinating, if hot and dusty, time here in Djibouti. Plenty of stuff on base to occupy one's time if they know where to look.

That said, it's still hot. It hit 112F yesterday. That's the temp, not the heat index. The heat index was much higher. Even though it's the desert, we're close to the water so there's still some humidity. No, I didn't try to fry an egg, cause there's no blacktop to fry an egg on.

And it's dusty too. Especially today. Wind kicked up early this morning off the desert so there's this hazy dusty pall over the sky today. And dust everywhere. Someone who's an OCD cleaner would have a heart attack in this place.

Forgot to mention before that there's NO overhead wires here. Everything electrical is underground. Since everyone's walking everywhere, it helps, but it's got a bit of an urbanist ring to it.

That's all from Djibouti. Our next installment will come whenever and wherever the powers that be allow it. Gotta love workin for the man every night and day... 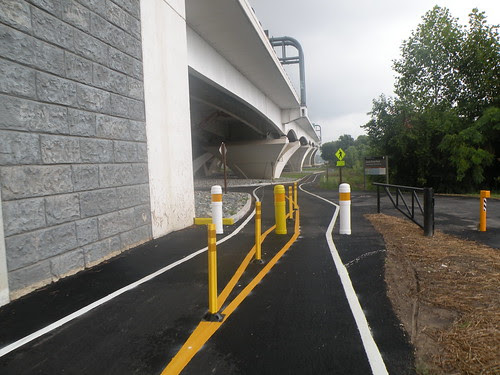 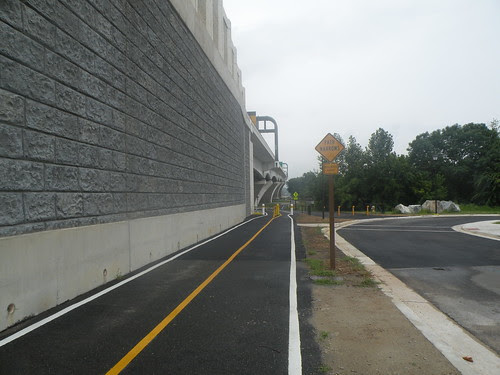 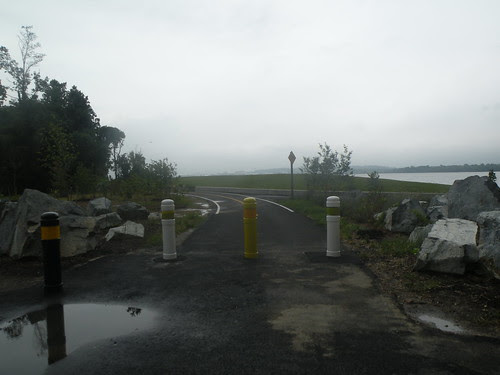 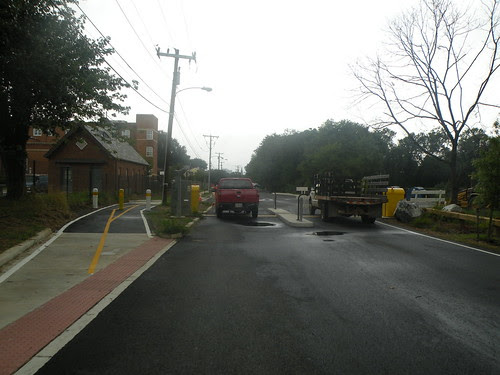 Posted by Froggie at 7:34 AM No comments:

Tales From The Sand

In the grand tradition of Tales From The Sharrows, it is my honor to bring you this unofficial subsidiary post. Perhaps it's the heat getting to me, or something about all this dust and sand, but here it is.

Nominally, this is a US Navy "Expeditionary Base", but there are so many other people from all the services, plus lots of contractors, that you really can't call it just a Navy base. Yeah, it's near the water, but not ON the water. It is, however, near the airport...so close you can smell the helicopters taking off and landing.

Security is pretty lengthy to get into base, as one can expect given this part of the world, not to mention that Somalia (in all its lawless glory) is almost within spitting distance. But once you're on base, you have just about everything you need here. Mess hall, showers, gym, coffee shop (open 24/7 at that). And an Exchange if you need to buy toiletries because the airline lost one of your bags (since recovered, but not until after spending $33 on "essentials").

There's even a suburb....Cluville. Dunno if that's because of all the clues to where people live here, or some super-secret Certified Likeness Unit project, but Cluville has a laundry shop, a mini-mart, and the MWR Internet center. It's also probably the only suburb in the world where you can get DC-style population density with a FAR less than 0.5. 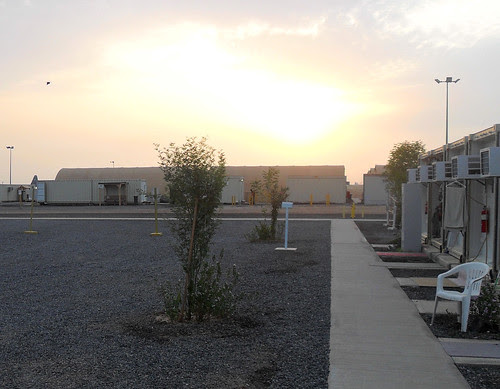 BTW, it's dusty here. Photo by US Army Africa.

The living units aren't too bad. On the outside, they look like cargo containers, but inside there's enough room for 2 beds (or if you're an unlucky low-ranking junior sailor/soldier/airman/marine, 3 beds), adequate air conditioning, and some lights and lockers.

It's also one of the few places in the world where you'll see more pavement for pedestrians than you will for vehicles. Virtually every road/driving space on base is gravel. And we have 2 bus routes: the Blue Route and the Red Route. They look to be 15-20 passenger "mini-buses", but if you like vehicles it's your best chance for a ride since there are almost no private cars on base.

This being the desert, it's pretty dry. Except last night. It rained. A whole half-inch. But it was enough to turn dust into mud that lasted into this morning. I heard this was only the 3rd time it's rained this year. 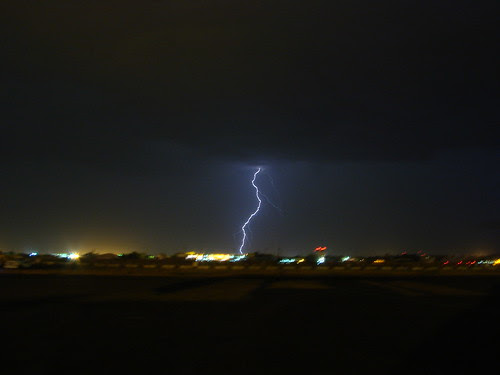 It was also a brief respite from the 108F temperature we had yesterday. Think we only hit 107F today...it's a cooldown!

Signing off. Here for another day or so before I catch a ship to go bust some pirates. I wonder if it's dusty out there too? 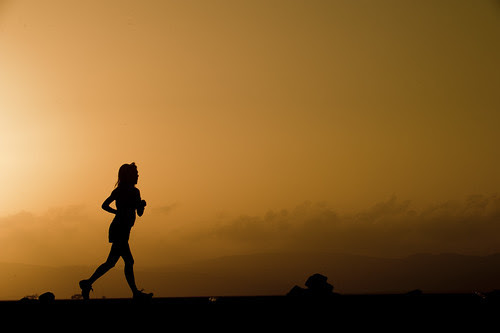 Did I mention it's dusty here? U.S. Air Force photo.

A thought on bus shoulder lanes...

Last week, BeyondDC had a short piece on the potential for expanded bus shoulder use in the DC area. The area's Transportation Planning Board is asking for a working group to study the concept.

I'm sure BDC is aware of this, so I'm surprised he didn't mention it, but the Twin Cities metro area has a very extensive system of bus-allowed shoulders, where buses can use the shoulder during times of congested traffic. This is supported by state law, which governs the use and speed limits of bus shoulder use (namely a 35 MPH speed limit, but still faster than traffic going 10-15). MnDOT has been very supportive, and has undergone a program of shoulder improvements and minor shoulder widening to better handle the buses using the pavement. This improvement program isn't just for the freeways...several at-grade arterials have had their shoulders improved for bus use. These improvements helped out what was already a successful express bus system in the Twin Cities metro...the I-35W South (i.e. south of downtown Minneapolis) express buses alone carry 15,000 passengers a day.

MnDOT has also recently started implementing what they call a "Dynamic Shoulder Lane" on I-35W. They got the idea for the concept from VDOT and what they do on I-66. In their test case (which got UPA money a few years back from the Feds), the inside shoulder on northbound I-35W near downtown was reconstructed and upgraded...during normal times, it's basically a shoulder. During peak hours, it's basically a HO/T lane. Buses and HOVs can use for free, and solo drivers can pay to use if they have a transponder.

Unfortunately, most of the congested freeway segments in the DC area lack an inside shoulder, so similar application in DC may be limited. However, if VDOT can find a way to fully reconstruct I-66 between Fair Oaks and the Beltway (as they should've done 20 years ago), they could limit the major reconstruction to that segment and convert the wide inside shoulder west of Fair Oaks into a dynamic HOV or HO/T lane. This would allow for not just 1 but 2 HOV (or HO/T) lanes on I-66 in the peak direction between the Beltway and Gainesville (assuming the Fair Oaks-Beltway reconstruction allowed for 2 HOV lanes). The potential issue here would be enforcement, since I-66's HOV lanes are already heavily violated. But at the same time, MnDOT found that HOV violations on their I-394 and I-35W lanes dropped in half when they converted the lanes to HO/T lanes.

It's a concept that the DC area would do well to consider and implement.

Posted by Froggie at 7:50 AM No comments: