Also could be called "what you get when you're late to the party".

As most in the D.C. area have probably heard by now, there was a bit of a flood concern along the river last night and this morning along the Potomac in the usual areas...mainly Georgetown and in Old Town Alexandria. The peak of the flood was sometime this morning, generally coinciding with the morning high tide. Most of the high water was gone by the time I made it into Old Town to shoot some photos (around 5pm). But there were definiately some lingering remnants...

We'll begin with an appetizer of drainage fail, courtesy of VDOT and company: 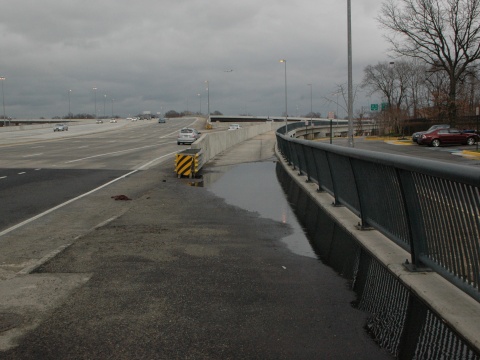 Next is a side order of river debris (piling up on a Wilson Bridge pier): 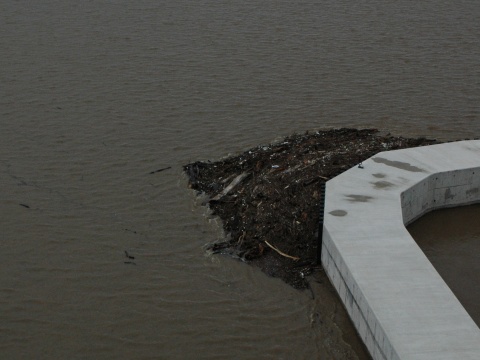 We'll add some trail debris for flavor (can definitely tell this was underwater earlier): 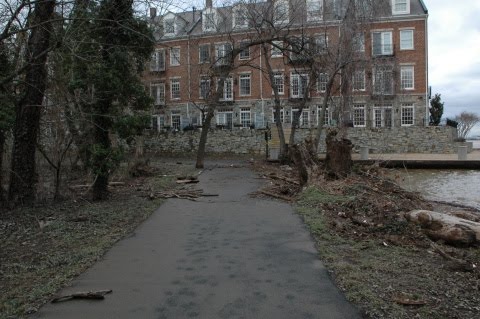 Some sandbags for starch (SE corner of Union and King): 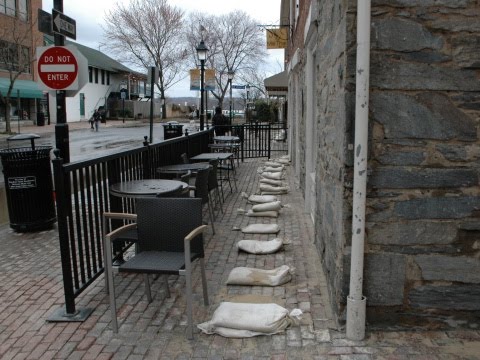 An entree of built-in water gauge (I had never noticed this before): 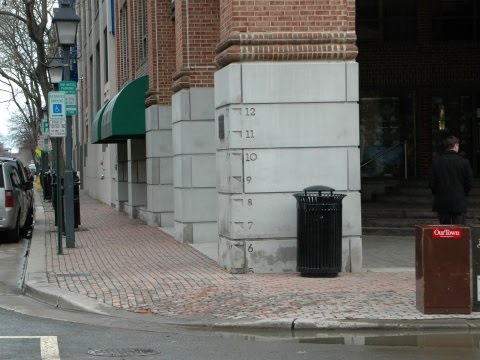 A double-main course of leftover street flooding (on The Strand): 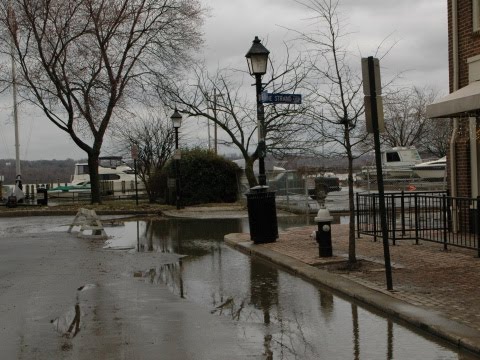 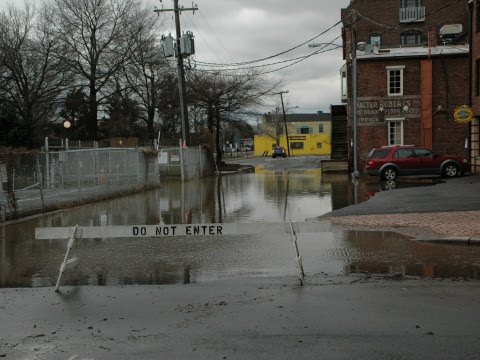 And we'll polish it off with some live truck for dessert (unmarked, but from ABC-7): 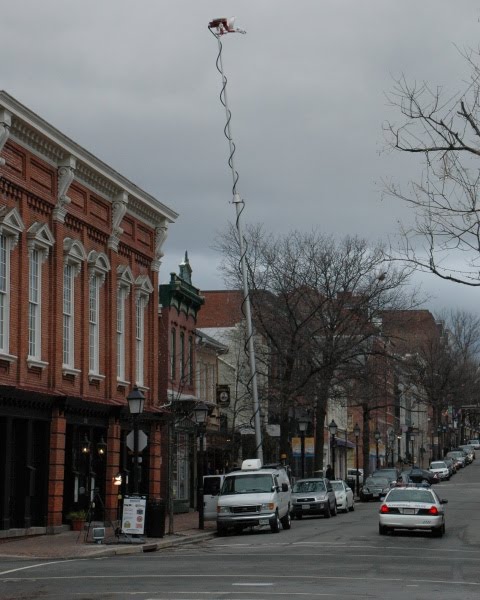 Thank you for your patronage. Please come again!
Posted by Froggie at 5:39 PM