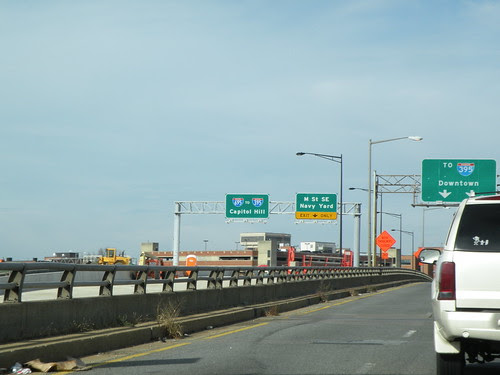 This is quite likely the first I-695 shield in DC in 40 years, if not ever. I-695 was originally slated to follow both the Southeast Freeway and also the cancelled "West Leg" of the core freeway system, from I-395 at Maine Ave northwest to I-66 near the Roosevelt Bridge. Though it's possible that the covered panel here may have had an I-695 shield at one point, it's hard to say for sure.
Posted by Froggie at 12:47 PM